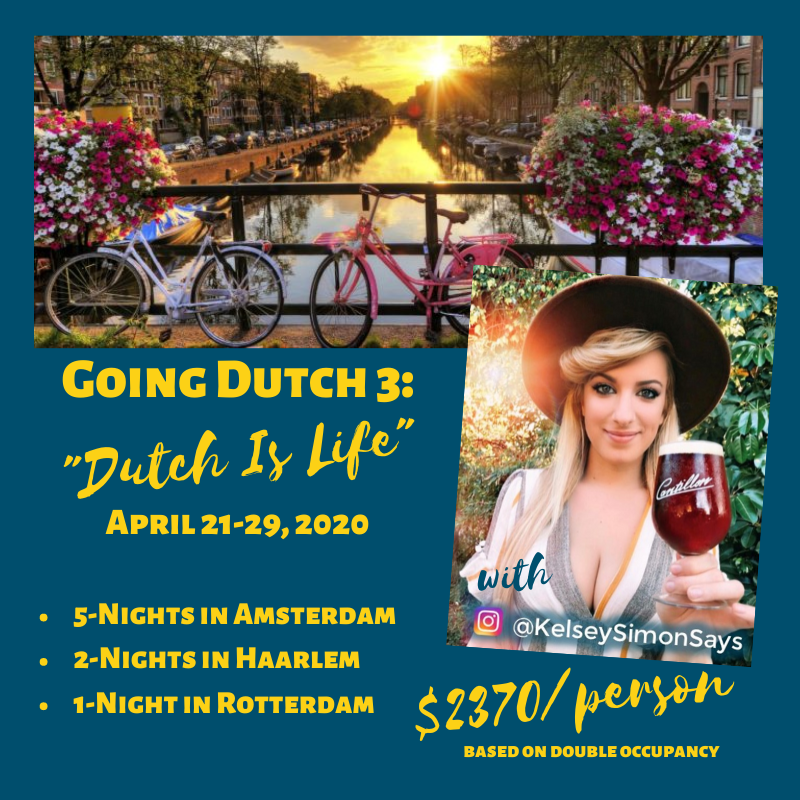 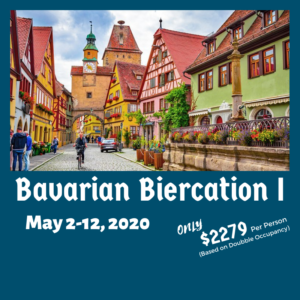 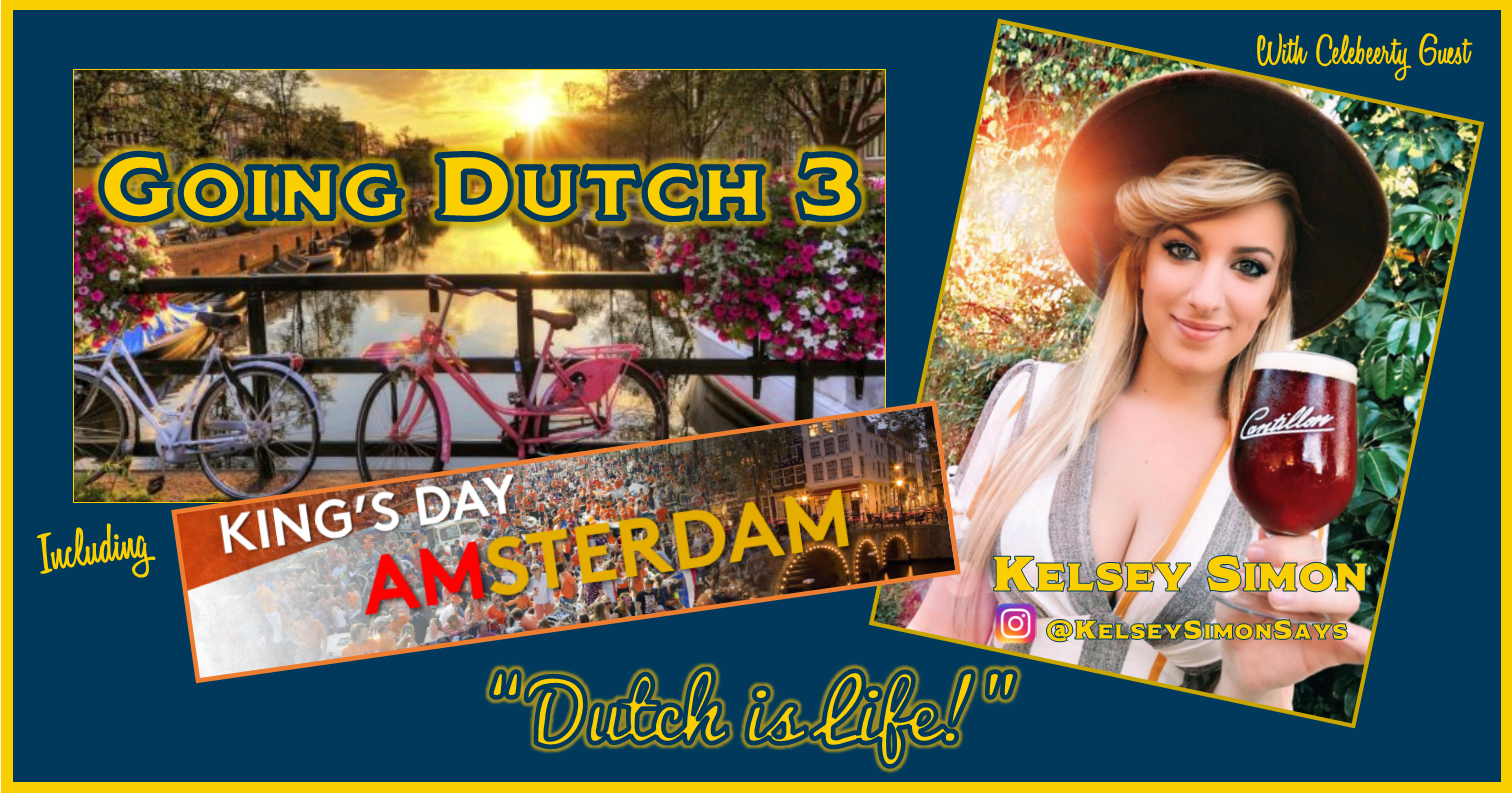 Pub Culture Beercations is proud to present “Going Dutch 3: Dutch Is Life” April  21-29, 2020 as we invite you explore the best of Holland for 8-nights with special “celebeerty” guest Kelsey Simon and Pub Culture Beercation’s owner and guide Chris Bettini, as they show you a side of Holland as only these two beercationing craft beer gurus can!

Being a “beercation”, you will not only visit some of the best craft breweries of the Netherlands, but will experience food and beer pairings, beer tastings and PubCulture.Beer pub crawls but will surly drink some fantastic beers on the trip!

While it is a beercation, we will do some of the “tourist” things as well and make stops at cultural and historical locations around the Netherlands as well on our tour.  We will visit the spring tulip fields and Keukenhof gardens, the windmills of Zaanse Schans, a Dutch cheese farm where you can buy cheeses safe to bring home through customs, and a traditional clog maker – plus you experience one of the biggest parties in Europe, King’s Day in Amsterdam, on April 27th, with a full free day to take in all the “Orange Madness”!!

A group tour, Pub Culture Beercations plans our itineraries with plenty of free time for you to do the activities on your own in the various towns and cities we visit you want to as well.  Visit museums, book personal guided tours, make reservations at signature restaurants, or search out those small cafes and neighborhood bars and mingle with the locals.  We want you to be able to take in the full Pub Culture Beercation experience! 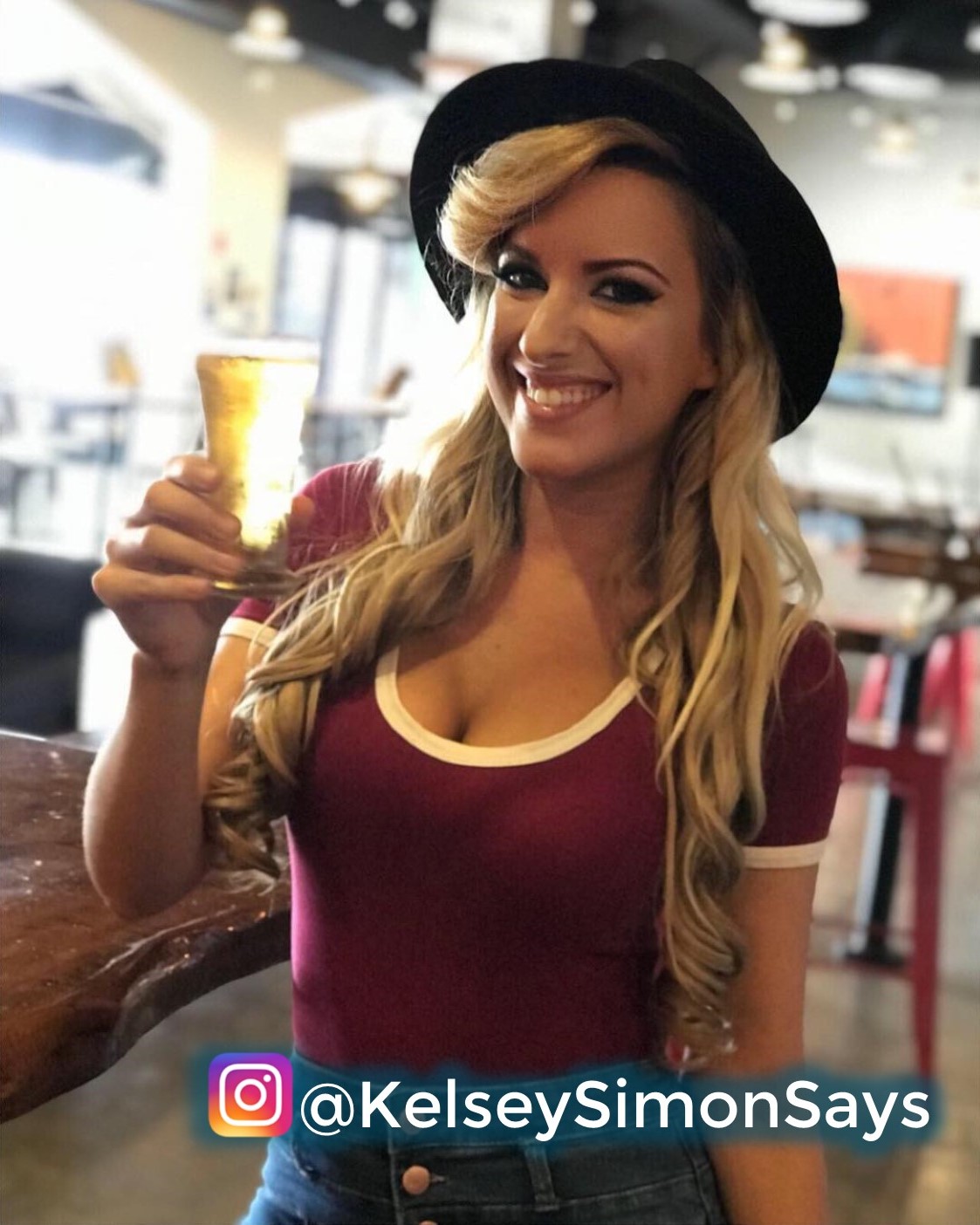 A experienced craft beer traveler who’s internationally known for her world class brewery collaborations, like “Apple Of My Pie” Imperial Stout brewed with J Wakefield Brewing, her insider knowledge of those best-kept-secret craft beer and cocktail bars, and of course, her wildly followed Instagram page @KelseySimonSays!

Since 2013 Kelsey has been finding ways to combine her love for travel and craft beer.  As she says, “My thirst for both was insatiable. I took my first ‘beercation’ to Vermont where my eyes were opened to an amazing community revolved around a mutual love for great beer”! 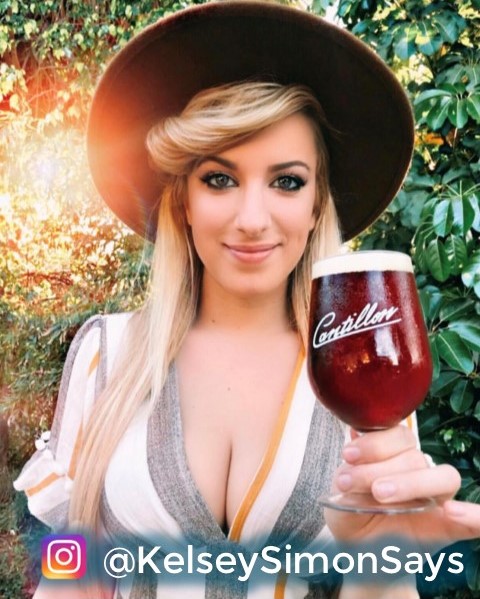 From Burlington to Brussels, to Dublin, Venice, Budapest, Paris, Prague, and many, many more beery locations Kelsey has been taking beercations focused on visiting breweries for 6 years now, and she shares all those experiences on her Instagram page!

For Kelsey, each city offered its own flavor, leaving her to not only taste the beers but also get a real taste for the cities and the cultures behind them.

Kelsey’s relentless pursuit of exceptional beer experiences is matched only by her desire to host some of the most epic parties creating memories that will last a lifetime. For the first time she is looking to assemble a very special group of individuals to join her on the ultimate #beercation.

Dubbed Omaha’s ‘beer god’ by the Omaha World-Herald in 2009 and having worked in Omaha’s craft beer community bartending at the Crescent Moon Alehouse since January of 2006, Chris has been part of the Omaha beer scene for over a decade.  His love for searching out amazing craft beer and the culture surrounding this fermented libation has led to him on countless travels, including 20 trips to Europe since 2008.  The past few years Chris found a way to combine his love of craft beer, traveling, and exploring pub culture with the creation of his tour company, Pub Culture Beercations LLC.  Now he is exploring the world one pint at a time and sharing his adventures with people just like you! 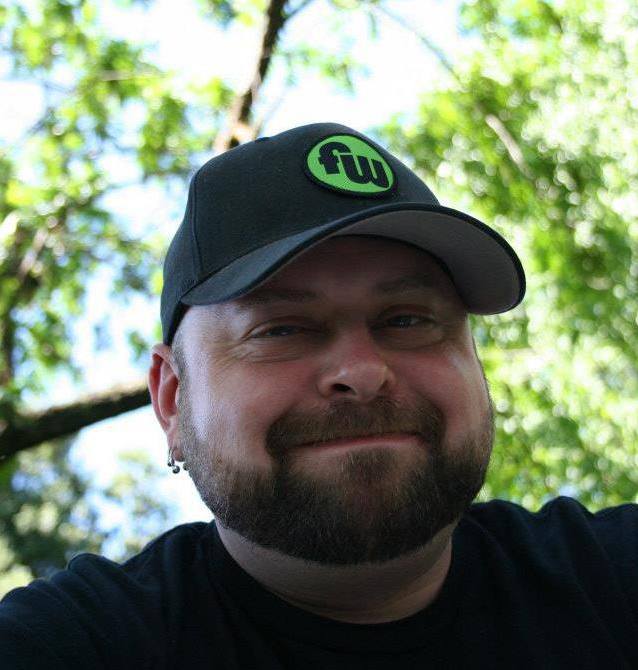 Chris has visited over 750 breweries and countless craft beer bars in 13 countries over the past 11 years and through all those beerventures he has created friendships and contacts all over the beer-world that help him make a Pub Culture Trip one that will not only showcase and spotlight some more touristic locations every traveler wants to see, but also take you off the beaten path to search out those local favorite spots, and locations often overlooked by larger, more expensive tour groups and companies.

Chris and Kelsey hope you’ll join them, and Pub Culture Beercations, for a trip you will be talking about with friends over pints for years that promises plenty of culture, beer-paired meals, stunning sightseeing, camaraderie, laughter, and of course, plenty of amazing Dutch craft beers along the way! 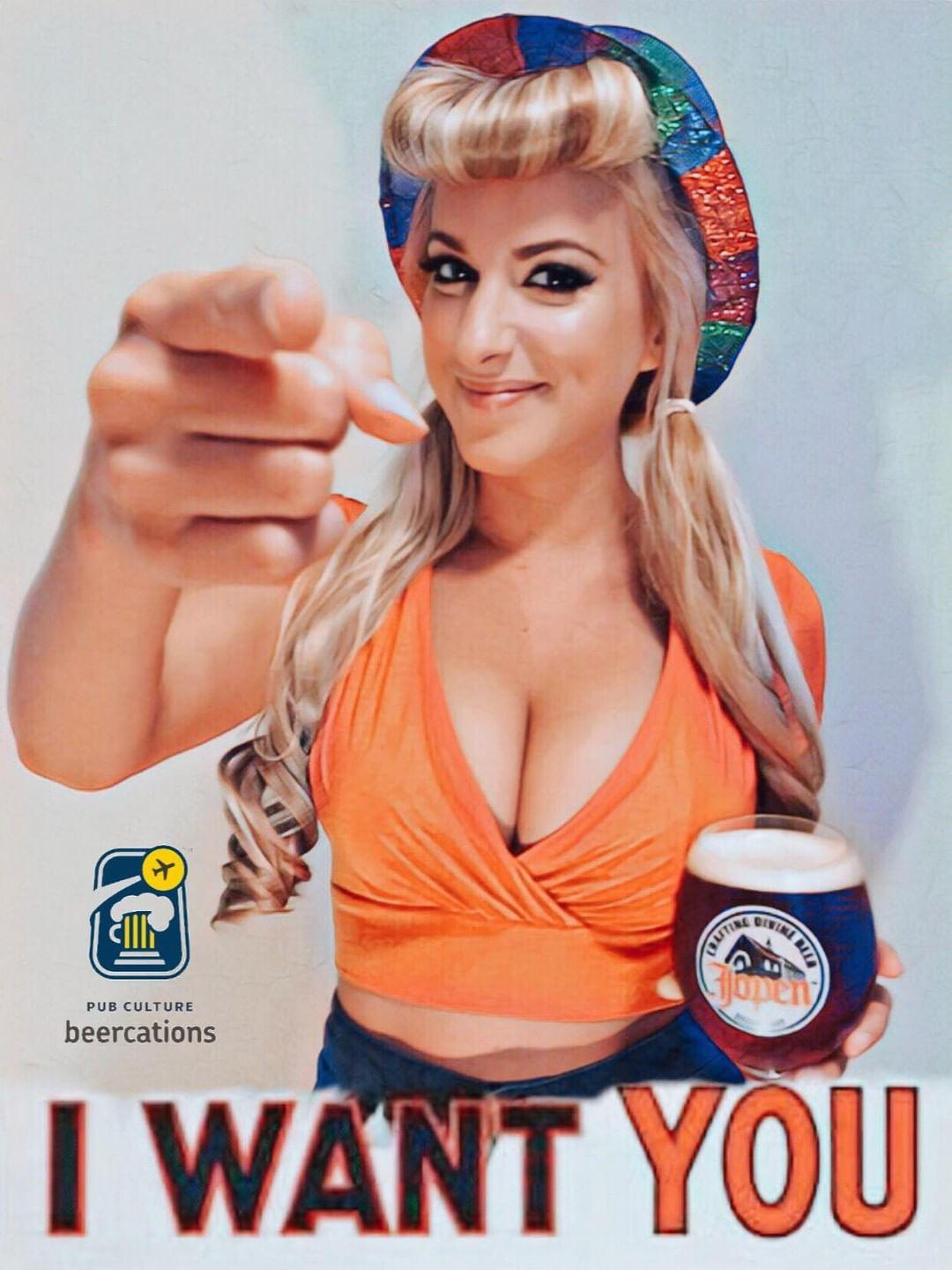 Price per person for the Pub Culture Beercations “Going Dutch 3: ‘Dutch is Life’ with Celebeerty guest Kelsey Simon” April 21-29, 2020 for a total of 8-nights in the Netherlands is $2379* based on double occupancy. **

• Airfare
• Meals and beverages (including beers) outside those listed included in
itinerary.
• Costs for excursions or activities listed as “OPTIONAL” in itinerary.
• Travel Insurance (recommended).
• Souvenirs or other optional purchases.
• Gratuities for drivers, tour guides, or group leaders.

For more information or to get signed up for Going Dutch 3: “Dutch Is Life” with celebeerty guest Kelsey Simon please email us at Beercations@PubCulture.Beer or visit our “Contact Us” page.

*When committing to Pub Culture Beercations “Going Dutch 3: ‘Dutch is Life’ with Celebeerty guest Kelsey Simon” April 21-29, 2020 a $300 deposit per person will be taken for initial costs required to hold reservations for hotels, bus and boat events starting.  The $300.00 will count towards your total cost of the trip.  Remaining Balance will be due no later than February 15, 2020.