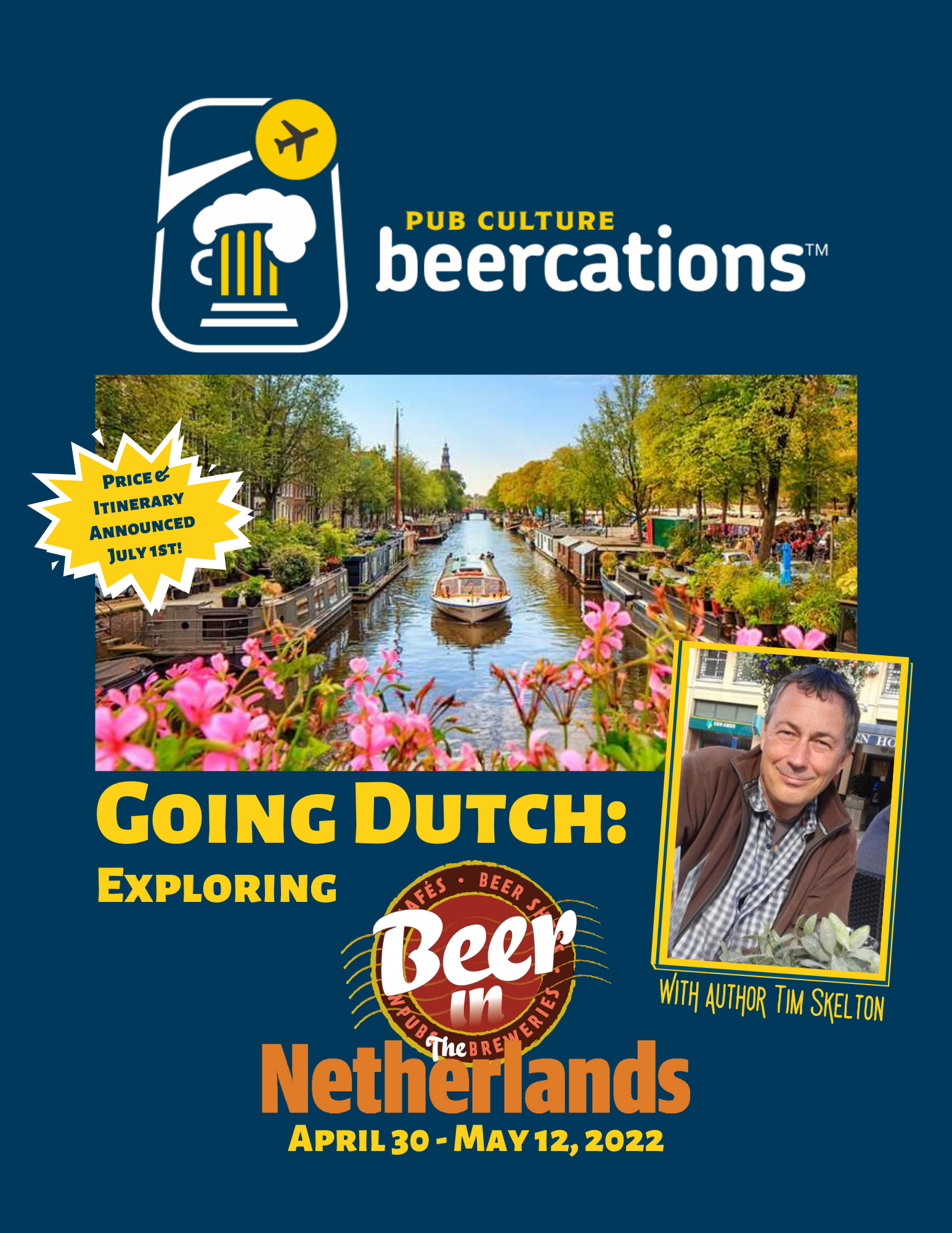 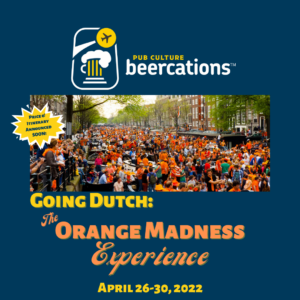 Going Dutch: Beer in the Netherlands with Tim Skelton

When embarking on our “Going Dutch” beercation you will not only visit some of the best craft breweries, taprooms, pubs, and cafés in the Netherlands, but you will also experience food and beer pairings, beer tastings, several pub crawls, and a beer festival, all based on information found in Tim’s books while we search out fantastic Dutch beers across the country!

While this is a beercation, we do not just drink beer all day.  “Going Dutch” with Pub Culture Beercations allows you to take in some “touristy” things as well as cultural and historical locations around the Netherlands.  During our tour we will visit the spring tulip fields and famous Keukenhof gardens, the windmills of the Kinderdijk, a Dutch cheese farm, and a traditional clog maker, visit locations important to the Pilgrims after leaving England for the “New World”, as well as WWII locations important to the ill-fated Operation Market Garden made famous in the movie “A Bridge Too Far”.

While this is a group tour, Pub Culture Beercations plans our itineraries with plenty of free time for you enjoy the activities on your own in the various towns and cities we visit that you may want too as well.  Visit museums, book personal guided tours, make reservations at signature restaurants, or search out those small cafes or neighborhood bars and mingle with the locals.  We want you to be able to take in the full Pub Culture Beercation experience and explore the world one pint at a time!

Maybe you are wondering why you should choose to take a beercation to the Netherlands with Tim Skelton and Pub Culture Beercations’ Chris Bettini… when in reality we think you should be asking yourself, “Why shouldn’t I be ‘Going Dutch’ with Tim and Chris”?!

First, you’ll be beercationing with Tim Skelton, a British-born Dutchman who has been based in the Netherlands since 1989, having spent more than three decades studying local Dutch life through the bottom of a glass.

He may not remember who it was that pried the pils from his hand and replaced it with a Duvel that first weekend, but he has been extremely grateful ever since!

Tim is a member of the British Guild of Beer Writers, has written 4 books about Dutch beer.  He has 2 volumes of “Beer in the Netherlands” – the world’s first comprehensive guide to the new Dutch beer scene – and 2 volumes of “Around Amsterdam in 80 Beers”.

His wife Amanda shares Tim’s beery passion and has been a willing companion and accomplice in his years of arduous research, and she will also be joining us along the tour.

Tim and Amanda have been meeting up with Chris since 2015, several years before there even was a Pub Culture Beercations, as Chris’ desire to dive deeper into the Dutch beer scene kept him purchasing books from Tim.